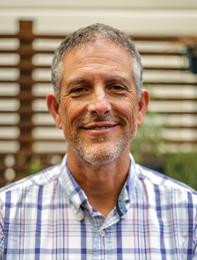 Richard, is a research fellow with the Centre for Public Christianity in Sydney, and has completed a PhD relating to Islam at the University of Melbourne after initial theological training at Moore College, Sydney. He is the Director of the Centre for the Study of Islam at MST. He teaches regularly on ministry in Muslim contexts in Australian colleges, universities, churches and schools. For ten years, Richard pastored a multi-ethnic local church. His publications include Witnessing to Western Muslims and the philosophical apologetic The Wisdom of Islam and the Foolishness of Christianity. He lives in Sydney with his wife and four sons. Richard teaches at QTC on ministry in diverse cultural contexts and on ministry in Muslim contexts.