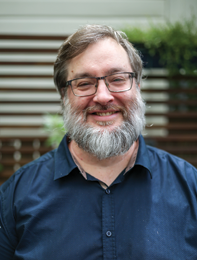 Mark came to QTC in 2012 straight from Oxford, where he was working on his D.Phil. on Athanasius’ Doctrine of the Atonement, having already done a masters degree in systematic theology (also at Oxford University). Prior to that, Mark had studied and then taught at Moore Theological College. Since coming back to Brisbane, the boy from Arana Hills has settled on the bayside, where he is an Elder at Redlands Presbyterian Church. Mark is married to Jenny and has two boys, Jonathan and Sam. Hear what Mark has to say about his subject areas at QTC.