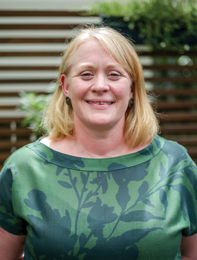 Katie has been part of the QTC community since 2011 when she commenced her Master of Divinity, having completed a Bachelor of Applied Science in Geology in 1996. In 2013, while still a student, she began working as the QTC Women’s Pastoral Worker. When she completed her studies, Katie continued as Women’s Pastoral Worker and accepted a pastoral position at her local church. In July 2019, Katie began serving QTC as the Academic Dean. She enjoys being able to share life with students through her administration duties and ongoing pastoral care, and through teaching some New Testament Greek on the side. Prior to life at QTC, Katie appreciated having the opportunity to work in a variety of places and fields. She loves seeing students leave college to serve God and his people in all sorts of ministries, all over the world.