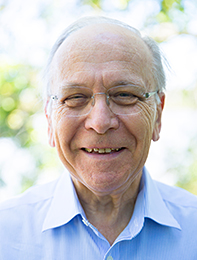 Bruce was QTC Principal from 2007-2011, and in that time did a lot to develop QTC into the great place it is today. Originally from Toowoomba, Bruce and his wife Lyn lived in Cambridge for over 20 years, where Bruce was the Warden of Tyndale House, a leading centre for evangelical biblical scholarship. Bruce previously lectured in New Testament at Moore Theological College and in Singapore. He is a widely respected authority on the historical background to the New Testament, having published many works in this area as well as on Paul’s letters to the Corinthians. In his current role at QTC as Emeritus Professor of New Testament Context, Bruce teaches part-time at QTC, while continuing to serve the church through his writing. Also, we should warn you: Bruce’s clever sense of humour is legendary!