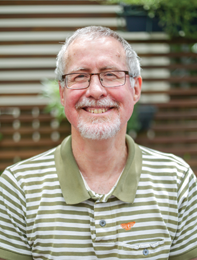 Wesley has taught New Testament and Greek at QTC since 2005. Trained at SMBC and QTC, he was a pastor for 15 years, first in country NSW and then in Ipswich. Wes grew up in Bald Hills on Brisbane’s northside, previously trained as an English and History teacher and worked in a bank for five years. He completed his doctorate on Galatians at UQ in 2016 (having previously done a research masters degree on justification by faith in Paul’s letters, and an honours degree in ancient Greek). Wes throws himself into encouraging students in every year to grow more like the Lord Jesus. Wes is husband to Evelyn, and dad to four adult children Sophie, Nathan, Phoebe and Ben. Hear what Wes has to say about his subject areas at QTC.